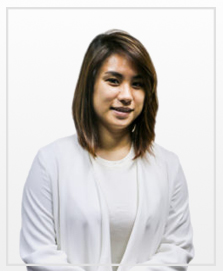 Almacrest International College (AIC) is a dynamic, innovative and professional tertiary education provider. We emphasize on self-development and lifelong learning for the students as well as our employees. AIC is one of the pioneers of private higher education in Sabah and is moving in tandem with the direction of our nation in achieving academic excellence of international standards and be the driving force behind the talented individuals seeking quality education.

At AIC, we understand that success is an on-going process and there are unlimited possibilities to make it happen but only if we choose to persistently pursue our ambitions by working hard and smart. We instil the desire to be committed not only to our staff but also more importantly to our students and the quality of education provided.

In its first year of operation, AIC has mainly been involved in obtaining numerous and various approvals and licenses inherent to the education industry and vital to a college. These include licenses and/or course approvals from the Ministry of Higher Education; Private Education Department, The National Accreditation Board (now the Malaysian Qualification Agency) and the Ministry of Human Resources.

The processes of obtaining these licenses and approvals are usually lengthy and costly, justifying the one year lead time before AIC is finally able to launch its first intake of tertiary students into its Diploma courses. In this period, AIC is instead focuses as providing short courses, language courses and professional development courses as these product lines do not require the licenses or approvals necessary to offer full-time tertiary courses. Through this, AIC’s first year income-generation has been moderate, not lucrative.

In June 2005, its first intake of 55 students began to commence classes of Diploma in Leisure Management (DLM) and Diploma in Retail Management (DRM). These are the two core products offered by AIC at this point. As the first intakes go in the private education industry, AIC has managed to recruit a much larger number than the national average, which typically falls below 20 students recruited in the first intake.

The second intake in September 2005, AIC achieved an even greater number than expected. A total of 50 students enrolled with the diploma courses, rather than the targeted 30 students. Since then, AIC tertiary student population continues to grow and to-date, AIC has a total student population of 312 students.

This performance can be attributed to aggressive marketing in the months leading up to the intakes, all unique but industry-relevant courses, highly qualified local and international lecturers, a conducive learning environment and the college’s strategic move to its new premise at Centre Point Sabah in early January 2007, after being housed at the POS Malaysia Building for two years. Now nestled on the eight floor of Centre Point Sabah, AIC is right at the heart of Kota Kinabalu city and is in one of the busiest mall in the city. With this move, the College has increased its student population capacity to 600 students.

A noteworthy point, AIC was awarded the license to recruit international students by the Ministry of Higher Education in August 2006. This license enables AIC to spread its wings beyond the shore of Malaysia and tap into the huge potential market of international students. Since then, AIC has not looked back but aggressively engaged itself in promotional activities and positioning itself in the international arena.

In January 2011, AIC was awarded a superb 5 star national rating by the Ministry of Higher Education, Malaysia for its achievement and high quality standard in student management, academic management, quality assurance, college facilities and management; and student employability. This achievement matches AIC’s vision to be a leading college of international standing and AIC is indeed moving in tandem with the national direction in achieving academic excellence and developing a knowledgeable and competent workforce for the national economy.

With its solid foundation and rapid development, AIC has been “branded” by the local private education industry as one of the fastest growing private colleges in Sabah. AIC has now reached a stage where students are consistently being recruited, classes are conducted in a highly conducive environment and an influx of foreign students into the college is expected. In view of the positive prospects for the next several years, AIC is highly confident and optimistic in its future growth and development.

As an education provider, AIC is aspiring to live up a reputation of providing highly valuable education for personal growth that leads to progressive career for every students of AIC.

The number of student enrollments in AIC has proven to be positive over the years. The business operation in AIC is well-developed with students being recruited consistently and classes are conducted in a highly conducive environment. AIC dedication are unique to the extent that we are willing to assist its graduates in seeking employment opportunities base on the field of their studies and expertise.

The future prospect of AIC is positive with great potentials, yet untapped in both local and international markets for quality education in a professional learning environment. In view of positive prospects for higher education industry in the region in the next decade, AIC is highly confident and optimistic in its future growth and developments which promise to scale new heights until it becomes a College University as planned.

To be an international education hub that drives academic excellence through creativity and innovation. 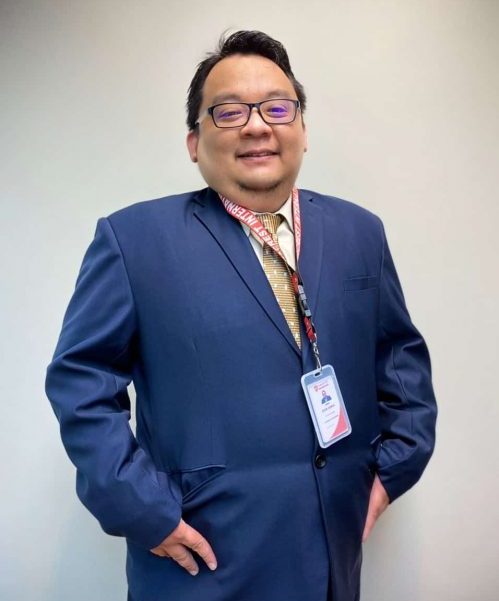 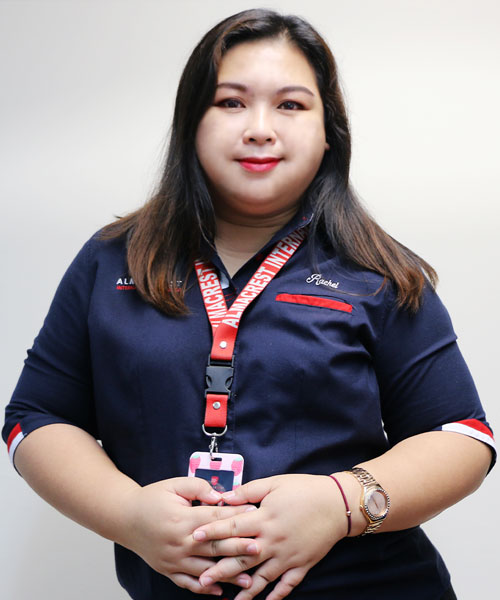 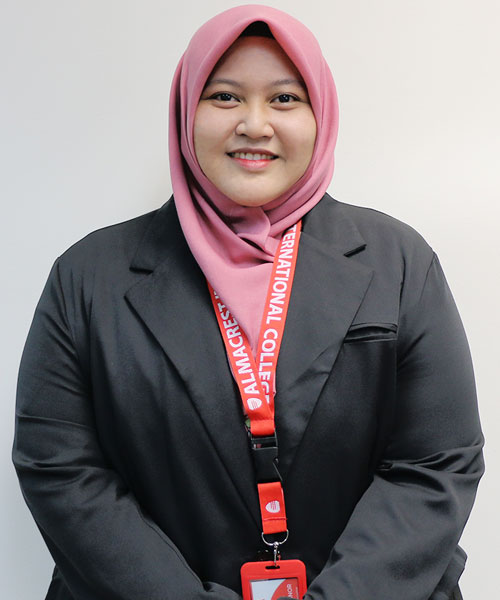 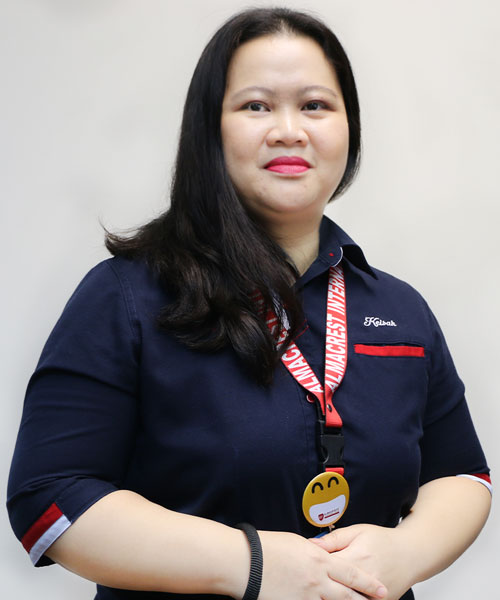 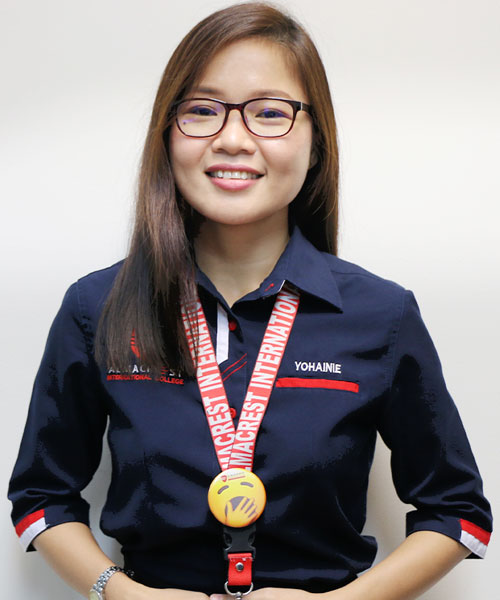 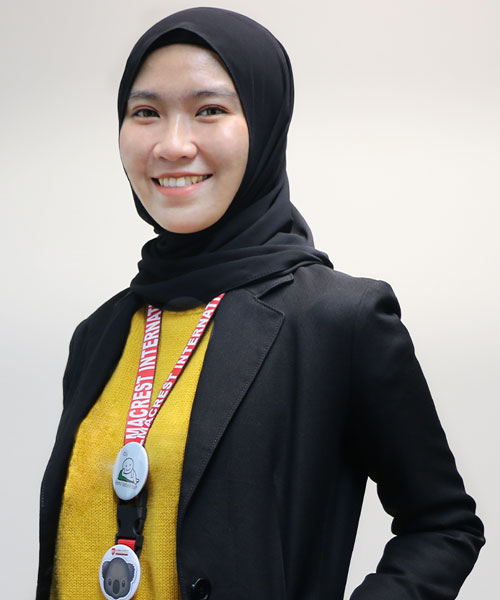 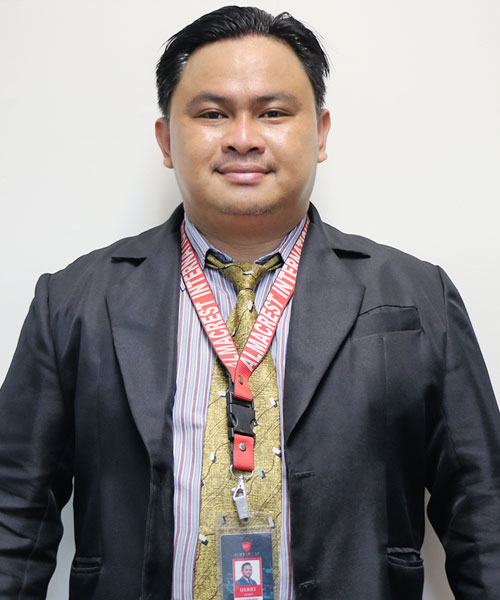 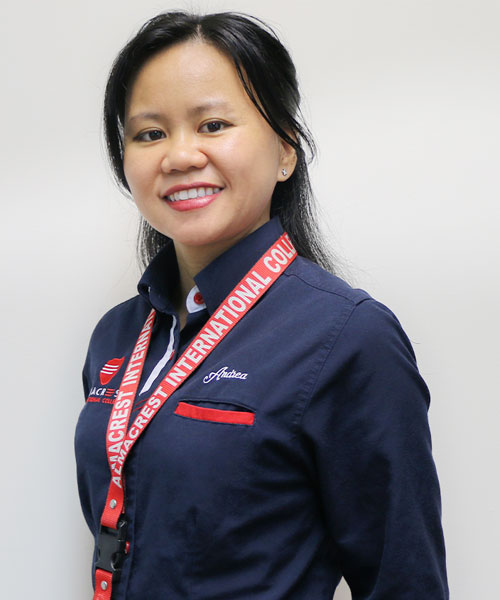 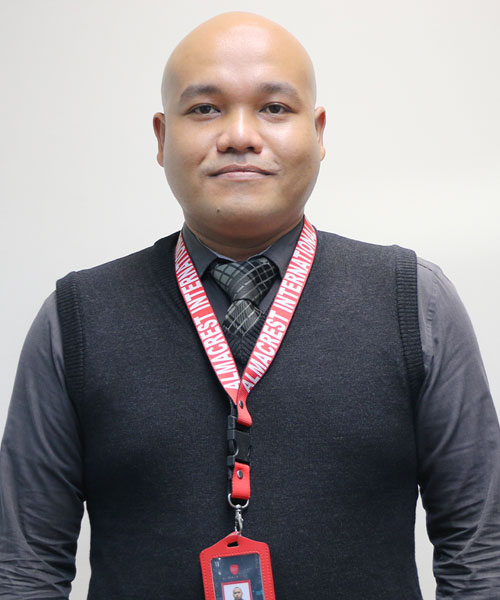 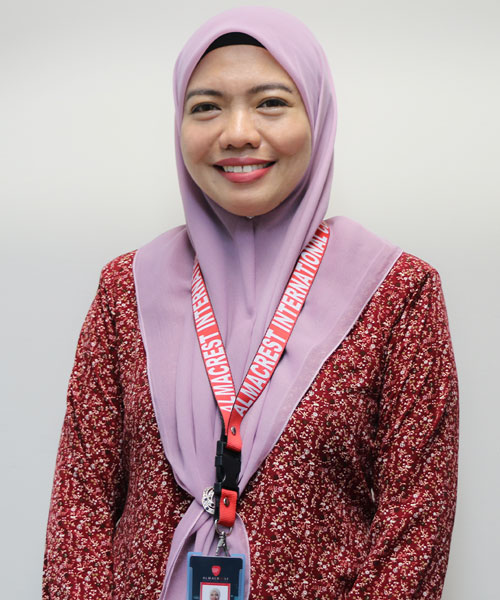 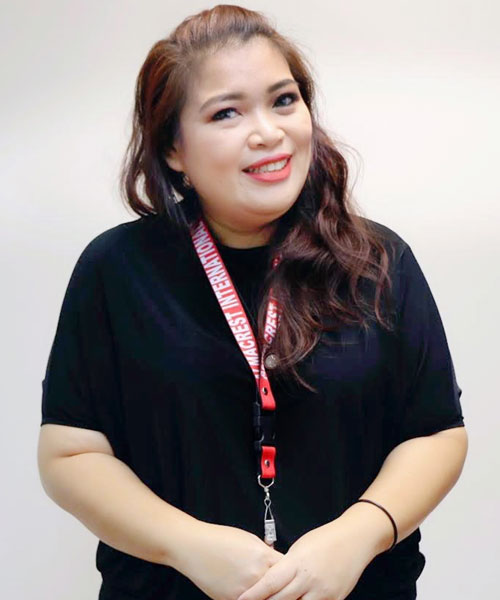 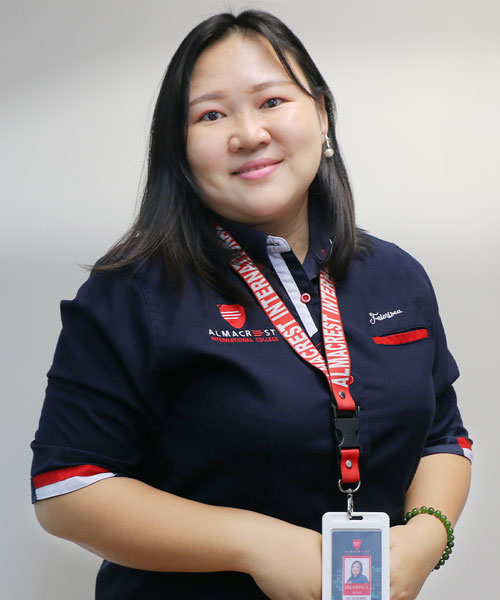 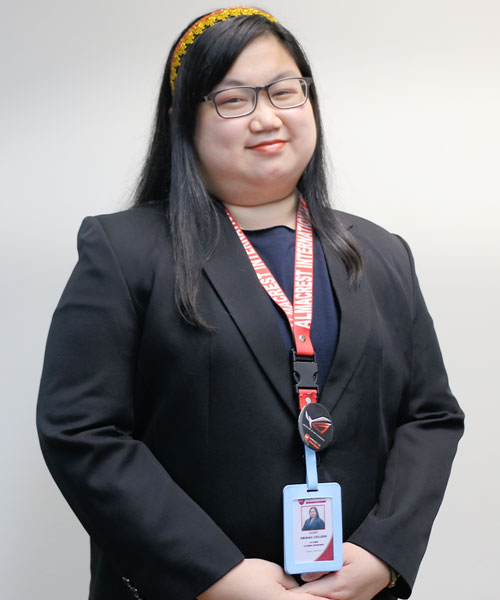 Bachelor Degree With Honors Of Law
University Of The West Of England, Bristol, UK 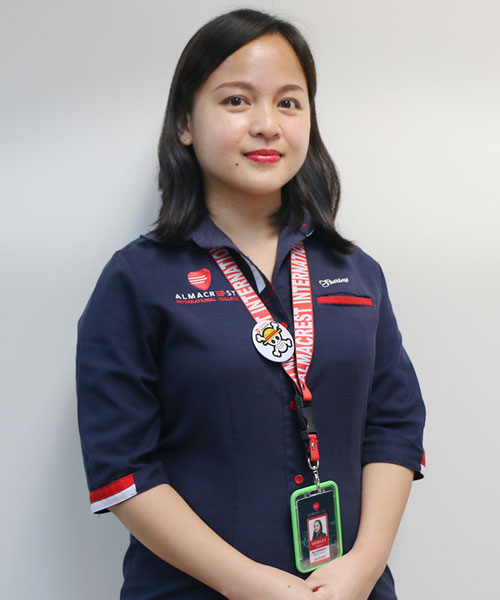 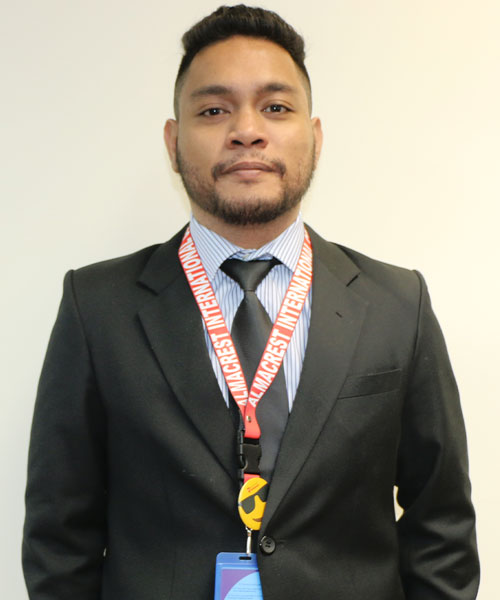 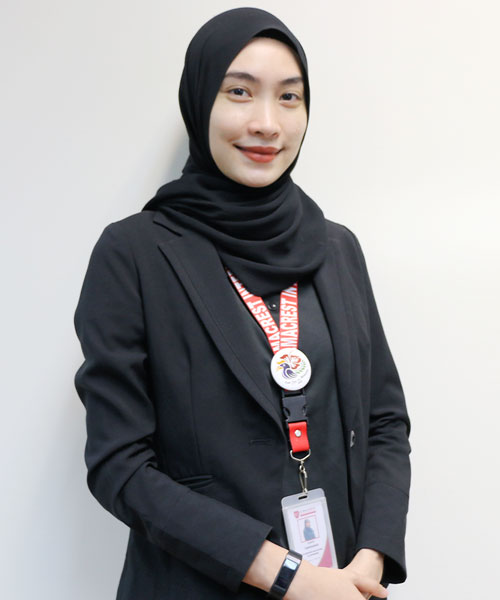 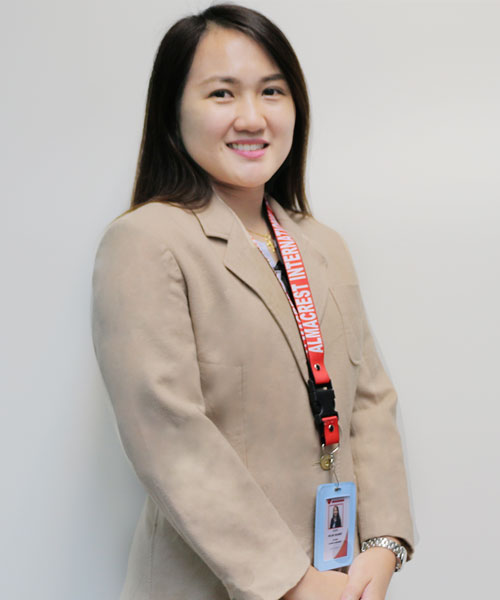 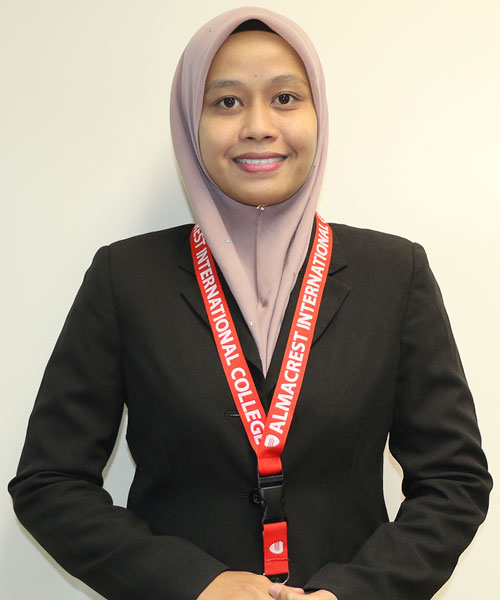 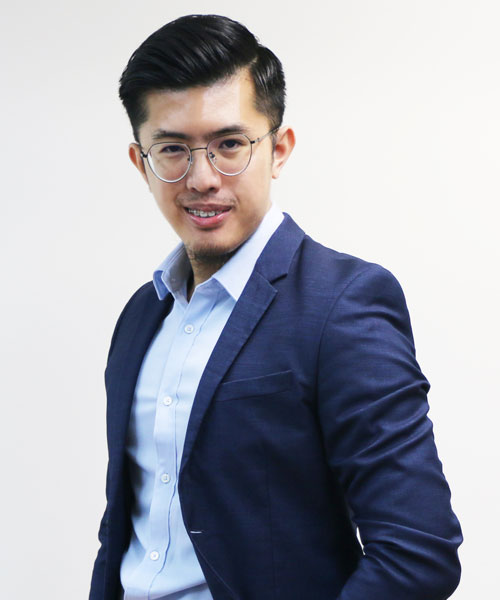 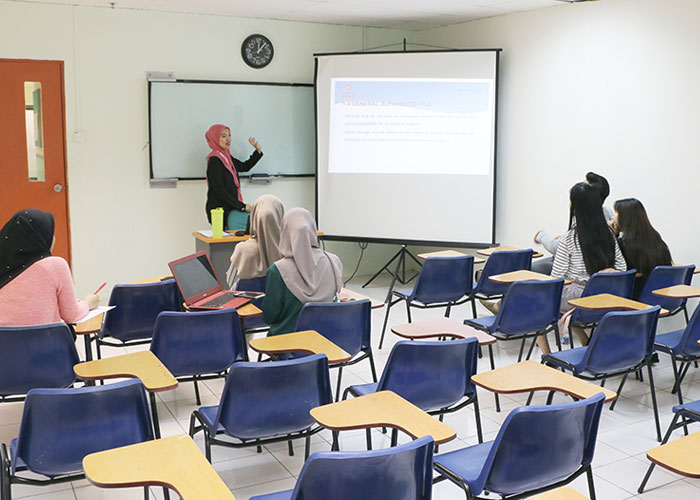 The well-lit, well-furnished, air-conditioned classrooms, equipped with LCD projectors and whiteboards, are ideal to foster a positive learning environment.

Being located at the 8th floor of CPS, the classrooms oversee a panoramic view of the downtown of Kota Kinabalu. 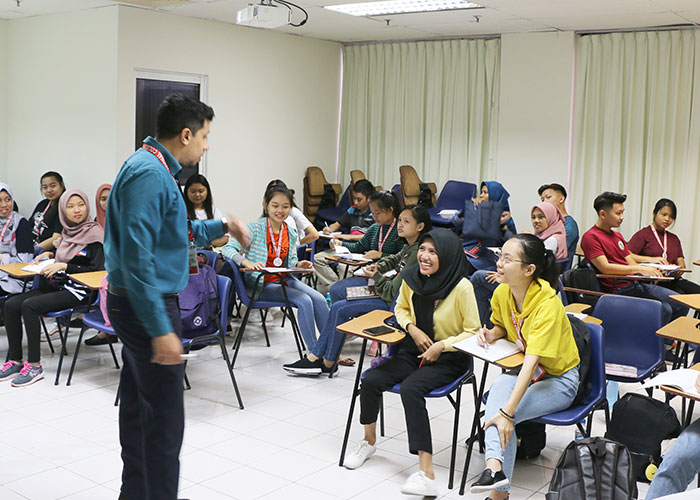 The college houses two lecture halls which provide seating capacities of 80 and 150 respectively.

Furnished with audio and visual facilities, apart from the usual teaching and learning equipments, they are ideal for lectures, events, celebrations, presentations, info sessions and classes involving a large number of participants. 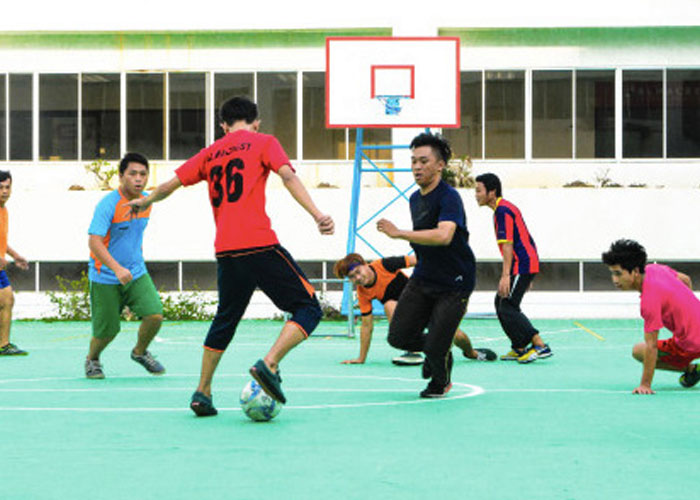 A modernised sport court is at the disposal of the students as well as lecturers on the afternoon after classes on any weekdays.

Recreational activities such as futsal training sessions are organised every wednesday. 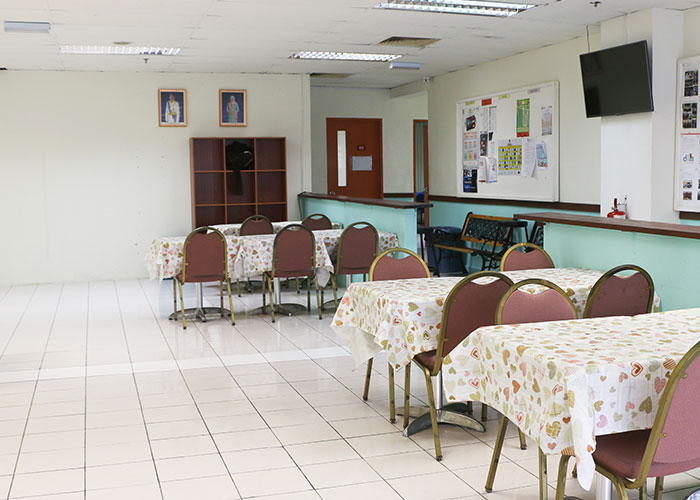 The Student Lounge is an area open to students for gathering, studying, and relaxing between and after classes.

The lounge is currently equipped with furniture and vending machines, providing cozy and enjoyable surroundings for students to connect with each other or carry out group discussions.

A bulletin board showcasing the updates of the college to let students keep abreast of the latest developments is placed here. 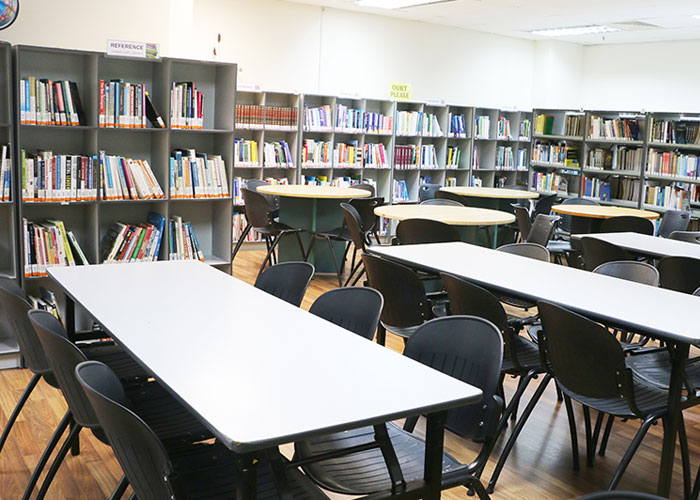 The resource center offers access to a wide range of text and reference books as well as IT facilities, and provides a serene and conducive atmosphere for students’ studies and learning.

It is staffed by a qualified personnel to guide users of the center in utilizing the resources available. Photocopy service is provided here for the convenience of students. 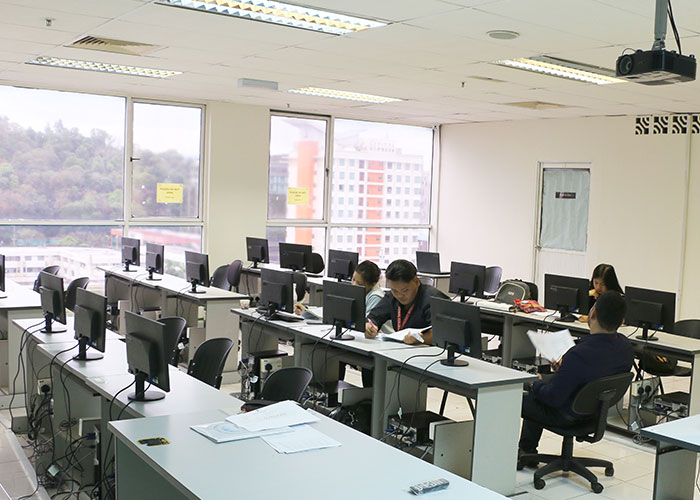 This essential Wi-Fi enabled computer lab offers newly installed computers with the latest applications and programmes for the use of IT related courses, and provides IT facilities for students to produce their word-processed assignments, PowerPoint presentations, reports, as well as to do research and collect information on the internet.

It is supervised by a competent IT personnel who is stationed in the lab to provide IT assistance should the users require any help. 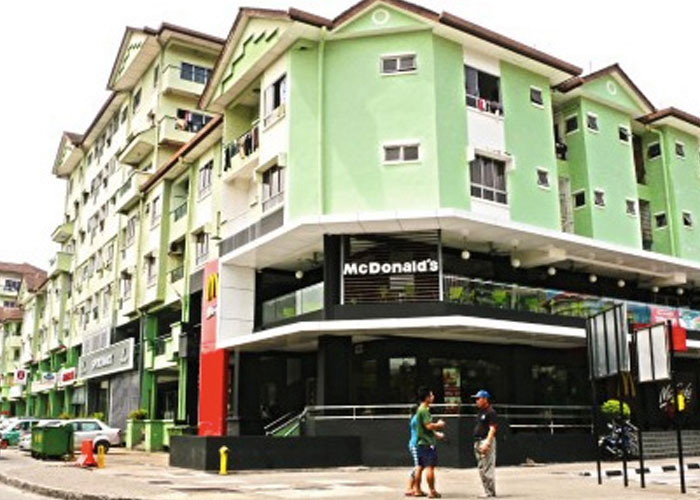 The college provides different types of accommodation. Depending on students’ budget, they can opt to stay in condominium, apartment or dormitory.

Currently there are two hostel sites, one at Api-Api Centre which is within walking distance, and the other one at Tanjung Aru which is just a short ride, from the college.